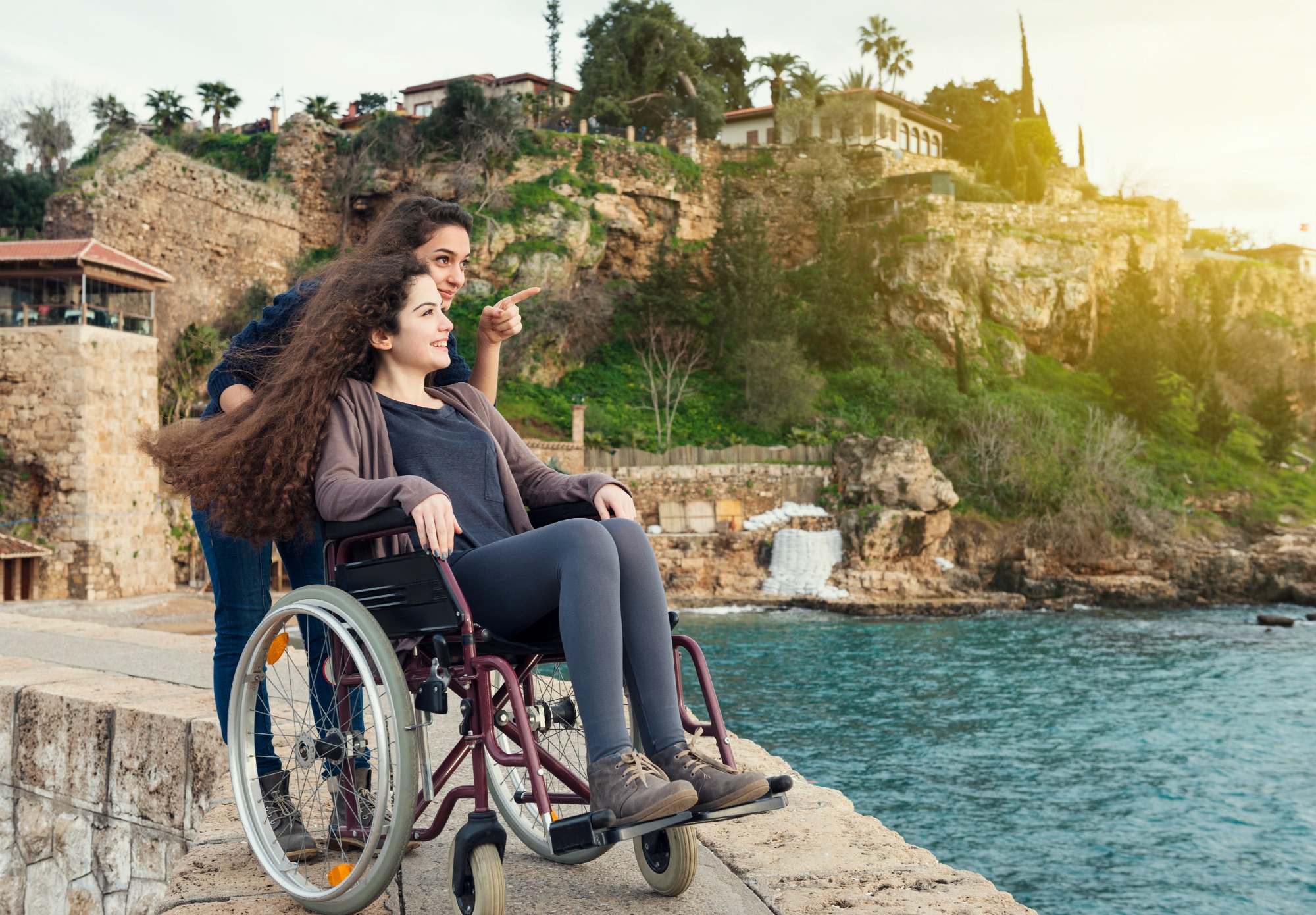 Valerie Johnson is an avid traveler who loves the outdoors. Next on her list is a trip to Walden Pond, in Massachusetts. But the 27-year-old Texan won’t need a plane ticket; all she’ll need is a video game.

Johnson was recently diagnosed with idiopathic intracranial hypertension, a neurological disorder that can cause headaches, impaired vision, and joint pain. These symptoms make travel particularly to the outdoors daunting.

I worry that I will get lost on a trail, or that I’ll have difficulty getting back to my vehicle, So while camping and hiking would be fun, I’m hesitant to venture out.

Luckily, Johnson has found a hack through video games, and she isn’t the only one. At a time when visitation to national parks and other outdoor sites is booming, video games have become an unlikely assistive tool, a new pathway into nature tourism for millions of Americans with a disability or chronic illness.

Instead of having to navigate nature’s unpredictability, video games allow travelers with different abilities to experience destinations from their homes.

For Johnson, that means logging on to Walden, A Game, an “open-world” simulation where players can explore philosopher Henry David Thoreau’s woodland oasis up close. Through the game, Johnson will experience the wind rustling through the forest and admire the tall pine trees at the edge of the beloved pond.

The health benefits of being outdoors are well documented. A 2019 study found that spending at least two hours outside each week reduces stress-causing cortisol levels and lowers the probability of disease and mental distress.

These benefits can be especially life-changing for people with disabilities, who tend to have high rates of depression, stress, and anxiety. According to one study, exposure to nature through forest bathing or even gardening can ease chronic pain and prevent symptoms of seasonal depression in colder months.

But while people with disabilities can benefit from being in nature, they are often excluded from outdoor activities. Paul Martin, an avid online gamer who uses a wheelchair and crutches, has encountered this inequity firsthand on a trip to Yosemite National Park.

What I could do, where I could go, was extremely limited, No hikes on Half Dome for me.

Depending on the terrain, crutches can cause me to slip and fall, I love fishing but getting near the water could be rather hazardous.

Partly because of these dangers, some 3.6 million people with disabilities rarely leave their homes, much less plan a trip to a national park or trail, according to a Bureau of Transportation report.

That’s where vivid new video games, with a focus on the outdoors, can help homebound travelers reap rewards. Researchers are finding that virtual exposure through photographs, videos, and soundscapes can be just as therapeutic as physical exposure. One data point to support this is a 2017 discovery in which Swiss doctors found that ICU patients recovered faster after they wore a VR headset loaded with nature imagery.

Although video games are simulations, they can be even more impactful than video tours or photo galleries.

Watching a film or video leaves the audience in the passive position of the viewer, There’s a degree of active participation when playing a video game.

For example, in Thru-Hiker’s Journey, players must choose where to find lodging, what supplies to pack, and how to respond to emergencies that they may face if they were physically hiking in the Appalachian Mountains.

Those games can’t add accommodations like wheelchair ramps to the actual, but [they] can provide access to different kinds of experiences for people who may not be able to visit.

Technologies such as photogrammetry and lidar scanning are making video game experiences even more realistic. Lidar (short for Light Detection and Ranging) is used in some smartphone cameras but has been a tool in airplanes since the 1960s to measure the distance to Earth.

This scanning system involves a laser bouncing infrared light off an object, which more accurately measures the object’s distance. Photogrammetry combines multiple overlapping photos taken from at least two angles to generate a 3D image of an object.

It’s now certainly possible via these two means to create very realistic 3D environments with an actual basis in a field environment.

In other words, video games that use these technologies add depth and breadth to simulated environments. A photo may offer a pleasing, realistic image of a boulder; in a video game, you can walk around the boulder and even “jump” on top of it.

Beyond such advanced technologies, some game developers add other touches. For Walden, A Game, USC Game Innovation Lab designers collaborated with Massachusetts birdwatchers and wildlife experts to recreate Walden Pond from Thoreau’s lifetime, following his belief that the area exhibits eight micro seasons instead of four standard seasons.

Every bush, every plant, the color of light on the pond, the wind blowing, the sky and weather all of these things change over our eight seasons of play, We want to reflect that emotional arc that represents a year of life in the woods.

The opportunity to tour Walden year-round through gameplay is a big deal for Johnson because the weather can trigger migraines and throw off her body temperature.

I want to experience the seasons without the cold or the heat hurting me, I want to be able to close my eyes and almost feel like I am there.

Video games have offered an escape since William Higinbotham unveiled an oscilloscope of a simple tennis game in 1958. Today, millions of players in the U.S. log on to video games. During the pandemic, that number grew significantly as more people looked for distractions from quarantine.

Tourism organizations are tapping into this popularity by turning destinations into games. Recently, the European Union-funded the development of 40 games at sites in eight destinations. One such prototype stars the historic town of Vilanova, Spain, where players embark on a Mediterranean adventure while learning about the region’s history and culture.

Promising as this development is, video games are no substitute for in-person ADA accommodations. Increasing accessibility is an ongoing process and a challenge in nature tourism. Organizations such as Disabled Hikers encourage nature sites to make trails more welcoming for travelers with different abilities. Some parks and zoos have adopted low-sensory zones for visitors with autism.

Balancing preservation and conservation with access is not always easy.

I worry that if you start adding ramps, lifts, and other concrete structures, you can lose what makes that place special or you may damage the environment, Even though I would be one of the ones limited, I feel it’s important to preserve as much of nature as possible.

In the meantime, video games are helping to bridge the gap.

Gaming has spiked so much during the last year of quarantine because everybody else has also been trapped in their homes, .Gaming has always been my outlet. Games are my window to the world.

2 thoughts on “For Travelers With Disabilities, Video Games Are Now All Set To Windows To The World”