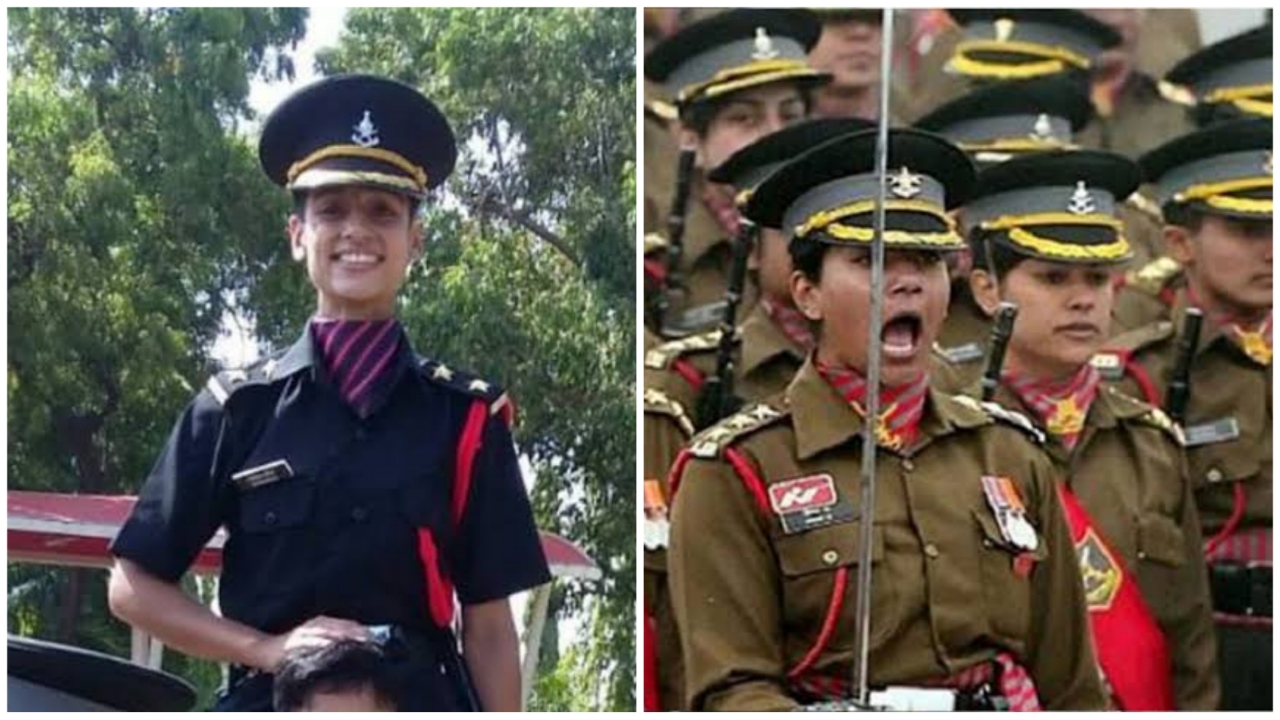 Soldiers martyred in the line of duty sacrifice their lives for the nation, while also leaving behind family members who have to live with their loss.

But, these wives of martyred soldiers made the decision to overcome their personal tragedy, and pay a tribute to their loved ones, by serving the nation:

Major Vibhuti Shankar Dhoundiyal was martyred while fighting the terrorists, during the Pulwama attack in 2019, and was awarded the Shaurya Chakra (posthumously). And on May 29th, 2021, his wife, Nitika Kaul, joined the Indian Army as a Lieutenant, after passing out from the Officer’s Training Academy in Chennai, Tamil Nadu.

#MajVibhutiShankarDhoundiyal, made the Supreme Sacrifice at #Pulwama in 2019, was awarded SC (P). Today his wife @Nitikakaul dons #IndianArmy uniform; paying him a befitting tribute. A proud moment for her as Lt Gen Y K Joshi, #ArmyCdrNC himself pips the Stars on her shoulders! pic.twitter.com/ovoRDyybTs

Shalini Singh became a single mother of a two-year-old and an army widow at the age of 23 when Major Avinash Singh Bhadauria (29) attained martyrdom in 2001, after single-handedly killing 4 terrorists in an altercation in Kashmir. On September 7, 2002, within a year of her husband’s death, Shalini became a commissioned officer with the Indian Army. After retiring, she went to become a motivational speaker and life coach.

In 2019, just 4 years after their marriage, Squadron Leader Samir Abrol lost his life when flying an IAF Mirage 2000 TI aircraft for test sortie. A year later, in December 2020, Garima Abrol graduated from the Air Force Academy and joined IAF as a Flying Officer.

Proud Moment for the Nation and Iron Lady, Garima Abrol Wife Of Sqn Ldr Samir Abrol has been commissioned into the Indian AirForce Today

She has cleared her SSB Interview from AFSB Varanasi in her first attempt.

We wish her more success for the future endeavour. pic.twitter.com/4Qvyxo361N

In 2015, Col. Santosh Mahadik attained martyrdom in his encounter with terrorists at Kupwara. His wife, Swati Mahadik, a mother of two young kids, decided to fulfill his wish to not wear white but dorn olive instead. Thus, at the age of 37, she underwent 11 months of grueling training and was commissioned as a Lieutenant in the Army.

Col Santosh Mahadik told his wife not to wear any white cloth if he attains martyrdom in the line of duty but to adorn herself with olive green uniform he wore till his last. Lt.Swati Mahadik completes 2yrs of getting commissioned into Indian Army today.Congratulations maam pic.twitter.com/xWbpYPrt1Y

When Major Neeraj Pandey died due to a landslide during Operation Rhino, the family was left grieving over his death included his 3-year-old son, Rudrash Pandey. But, in 2018, a week before Major Pandey‘s second martyrdom anniversary, his wife, Sushmita Pandey, joined the Indian Army as a Lieutenant, in the same corps as her late husband.

In 2016, during a counter-insurgency operation, Major Amit Deswal laid down his life for the nation. Two years later, in 2018, his wife and mother to a 5-year-old, Neeta Deswal, joined the Indian Army in what she referred to as a “tribute” to her late husband.

#WomenOf2018 #NeetaDeswal and #SushmitaPandey wives of our martyrs Maior Amit Deswal, Para and Major Neeraj Pandey, Signals getting commission in Ordnance and Signals respectively. Congratulations Neeta and Sushmita. Wish you glory and success in life. pic.twitter.com/pJZv7zzfK7

A mere three years after Neeru Sambyal married rifleman Raveender Singh, she lost him. But with thoughts of her young daughter, and her husband’s sacrifice, Neeru Sambyal decided to join the Indian Army, and underwent training for the same. In 2018, she was commissioned as a Lieutenant.

At the age of 30, Kanika Rane was commissioned as a Lieutenant with the Indian Army, two years after her husband, Major Kaustubh, was martyred in an encounter with terrorists. Mother to a 4-year-old, Kanika cleared the Service Selection Board (SSB) exam in her first attempt, and then underwent 49 weeks of training, before becoming an Indian Army officer.

Let’s listen to LIEUTENANT KANIKA RANE on her commissioning day today.
Her husband

has immortalized himself fighting terrorists at Gurez in Kashmir on August 7, 2018.#KnowYourHeroes pic.twitter.com/6Qqparg1rb

Three years after she lost her husband, Major Prasad Mahadik, Gauri Mahadik joined the Indian Army as a Lieutenant in March 2020. A law graduate and company secretary, Gauri quit her job to appear for the SSB exams.

A teacher, Sangeeta married rifleman Shishir Mall in 2013. But just two years after their marriage, Shishir Mall was martyred in a gun battle in J&K. Sangeeta then quit her job and decided to serve the nation, just like her late husband.

Widow of Naik Mukesh Dubey, Nidhi Mishra Duney’s journey to becoming an officer with the Indian Army was certainly not easy. After failing the SSB exam five times, she finally cleared the exam and underwent grueling training, before joining the Army in 2017.

Naik Semwal was martyred during a counter-insurgency operation in Tawang, leaving behind a young daughter and a grieving widow. But Priya chose to face this tragedy head-on and scripted history when she became an officer. Because it was the first time that the wife of a Non-Commissioned Officer (NCO) became an officer.

Three years after a brave-heart of India, Naik Deepak Nainwal was martyred fighting terrorists in Kashmir, his wife Jyoti Nainwal joined the Indian Army. She became a lieutenant in the Indian Army after passing out of the Officers’ Training Academy in Chennai. She is a proud wife and a mother of two, who was cheered on by her children for deciding to take this step.

#WATCH | Newly commissioned Indian Army Officer Jyoti Nainwal, mother of 2 children is the wife of Naik Deepak Nainwal, who died after being shot while serving our nation in Indian Army operations in J&K in 2018.

Real BraveHearts, to be quite certain!!!