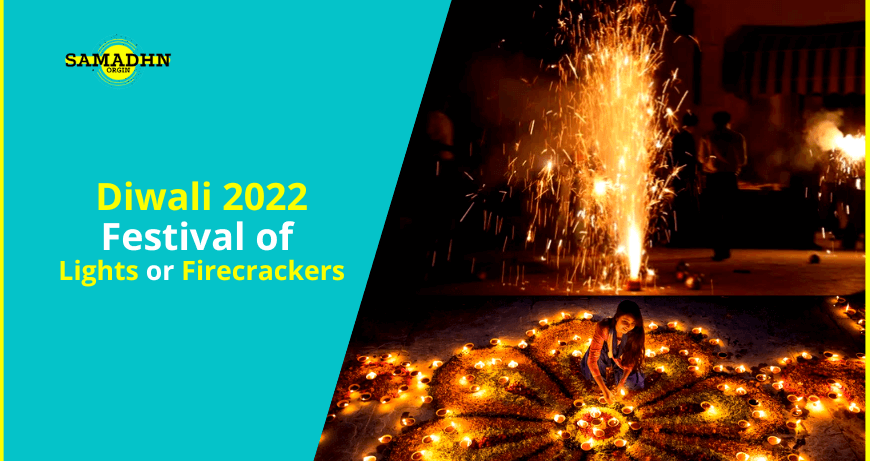 Diwali 2022 is the festival of light, prosperity and happiness. People burst crackers on the eve of the festival to celebrate the eve. But there are quite a few controversies around firing crackers in India. So, let’s see how you can firecrackers in an eco-friendly way so as to cause less harm to the environment.

Firstly, Why do We Burst Crackers on the Eve of Diwali?

People burst firecrackers on Diwali because they believe that it’s mentioned in Ramayana to do so. But in actuality, It’s mentioned that When lord Ram returned to Ayodhya, a sound emerged from the sky, and there was the fragrance of flowers as the whole of Ayodhya was decorated with flowers.

State Regulations Regarding Bursting of Firecrackers

Green crackers lack toxic substances such as aluminium, potassium nitrate, barium, carbon, etc. This content of green crackers prevents toxic effects on humans and the environment. Furthermore, some reports also say these green crackers cause 30% fewer pollutants than traditional crackers. They also reduce the noise from 160 decibels to 110 decibels.

Burning crackers is just a suppositional part of the festival. It has significantly less spiritual and mythological significance. Offering prayers, drawing rangolis and performing other rituals with a whole heart is the actual justification of the festival. Let this Diwali 2022 be the actual festival of lights by enlightening your souls. Focus less on bursting crackers and more on prayers and other rituals to allow goddess Lakshmi to come to your home. Have a Happy and safe Diwali!